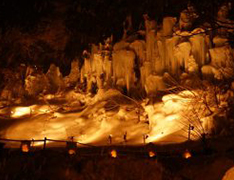 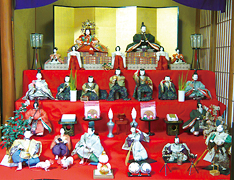 The doll (Hina) festival is celebrated one month later than the traditional Doll’s Day in Takayama so that the actual festival day is April 3. Approximately one month before the festival day, traditional (Hina) dolls such as clay dolls, antique dolls, Meiji era dolls, etc. are displayed at various locations throughout the city. Places: Various locations throughout the city, including tourist facilities and historic houses such as Hida-no-Sato (Hida Folk Village)

From March 1 to April 3 each year