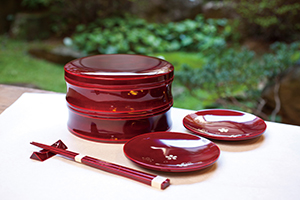 Hida Shunkei is the name of a particular type of lacquerware, the production of which began in the 17th Century. “Shunkei” is a lacquering technique. The main feature of it is the clear lacquer which shows the natural beauty of the wood grain. Clear lacquer is applied repeatedly to enhance the wood grain, but the finished result is determined by the actual lacquer mixture. Therefore, no two are the same. The Shunkei lacquerware are either yellow or crimson, but the color changes over the years. There are many traditional Shunkei lacquerware pieces which have been made since the beginning, such as bowls and trays. In addition, new products such as lunchboxes and accessories are also manufactured now. Hida Shunkei Lacquerware is a traditional craft which can be used not only on a special occasion but also freely in everyday life in the way the owner likes. 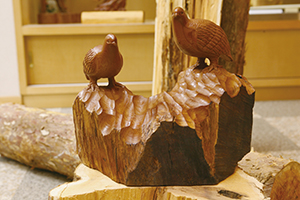 chii-Ittōbori is the name of a particular type of wood carving style which began in the 19th Century. “Ichii” (yew tree) is one of the kinds of trees grown in the mountains of the Hida region. The wood is suitable for carving because of its beautiful grain. Forty to fifty different types of chisels are used to carve yew wood. The carving is characterized by the wood piece being left uncolored, with sharp chisel marks evident on the final products. In addition, the color changes, and the luster increases as the years go by. This style of carving began with small “netsuke,”* but now various products are made—ranging from small key holders to large animal statues and Buddhist statues. Ichii-Ittōbori products are also used as decorations on yatai floats for the Takayama Festival. Each piece is handcrafted, so each is varied in color and shape. Therefore, no two are alike. These are traditional handcrafted pieces which you can use as an interior decorations or as daily accessories.

* Netsuke
A netsuke is a type of clip used in the 17th Century. It was attached to the sash of a kimono and held a tobacco case or a small leather bag. One could use it to carry small items such as money, food, pens and medicine. A string was tied to the netsuke and visibly worn on the sash. As more people began wearing kimonos, people began spending money on luxuriously decorated netsukes.

There are four major pottery factories in Takayama. 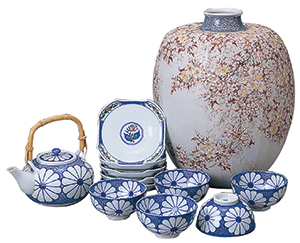 This pottery factory was established in the 19th Century. Before its opening, many pottery masters were called from all over Japan. Because the name of the place where the kilns were built was “Shibukusa,” the pottery style was named “Shibukusayaki.” Distinctive patterns are painted by hand in bright colors on the white chinaware. The main products are tableware. Since each piece is handmade, orders for mass production are not available.

Established in the 19th Century, this pottery factory is one of the rare potteries in Japan which produces both chinaware and earthenware. It began as “Shibukusayaki Pottery Hōkokusha” but later branched off to become a separate factory. Unlike Hōkokusha, Ryūzōgama began making earthenware as well as chinaware. The factory was passed down through the generations, and the current owner is the seventh one; but it is interesting to note that each owner has his/her own style. The key feature of their products is the detailed painting. The unique patterns on sake vessels, vases and pots attract many shoppers. 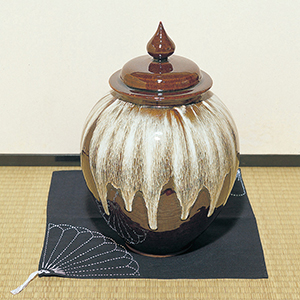 Established in the 18th Century, this is the oldest pottery factory in the region. From the beginning, it has produced earthenware which farmers’ and merchants’ families could use every day. Its products are characterized by the brown color and the heavy texture. Collectors will enjoy the depth of the earthy natural aesthetic. 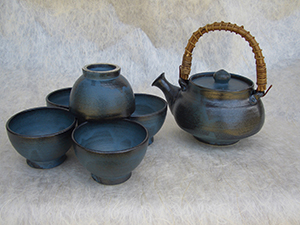 This pottery factory was established in the 17th Century, but it was closed down twice. The current kilns were built after the World War II. Its products are characterized by the original deep cobalt blue glaze. When you first begin to use one of these items, its surface feels a bit rough; but it will become smoother as you use it, and the color will change as well.

Address of each pottery factory 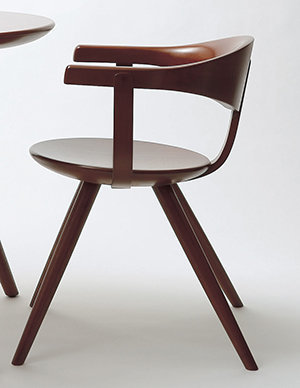 Takayama City and its surrounding areas are rich in forest resources. There are many experts called “Hida no Takumi,” who have traditional wood crafting skills, and the timber processing business is flourishing. Furniture making began in the 20th Century, and the furniture made in this region is called “Hida Furniture.” The furniture is characterized by the study structure created by wood bending techniques and excellent processing techniques. The beautiful design of using the natural color and grain of the wood is also the reason for its popularity. All the products, including comfortable chairs, sturdy tables and desks, display the high-level of the skills which utilize the features of the wood and the warmth of the wood. Everyone can use these pieces of furniture in their everyday lives, knowing that they were made from trees which were lovingly cared for by the people of the region.